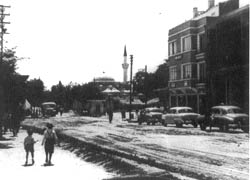 THE NAME OF “ÇORLU”

There are different explanations about the name of Çorlu. In old atlases the name of the city was written as “Tzarylus”, “Tzurulum”, “Tzurulus”, “Tzurule”, “Tschurla”, “and “Tzıraltum”. In the period of Byzantium it’s given the name “City of Cheese” (Tribiton) because it was famous with its cheese. Among people,the name was explained as Çor. Çur that has a meaning of Arid and it is called Çor because of difficulties during conquering of the city by Turks. It is known that during the Roman period ın Thrace there was a military union that was responsible for upholding the honor of “Cohors III.Lucensum” and this union was composed of Trak Belligerents.Romans were taking profit of Traks and maket them work in the “Cohors” detachments. Here the word “Cohors” resembles the name of Çorlu. Historical documents which were divulged in Kamaradere where lies in the east of Marmara Ereğlisi gives the oldest and certain informations abour Çorlu. On the inscriptionof the grave which was found in Kamaradere it is written that, “Here lies the Sisinis who became the administrater of Çorlu-Tzoulos two times. 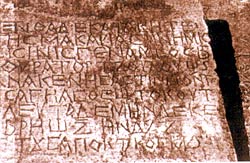 THE HISTORY OF ÇORLU

Çorlu,the imperial tent,having important transport Networks, is the most developed town of Tekirdağ with its strategical importance and suitable natural structure. It is surrounded by Kırklareli,Saray and Çerkezköy from North and İstanbul from east. Tekirdağ and Muratlı from west and Marmara Ereğlisi and Marmara Sea .

The history of the area,according to the findings,belongs to the pre-historic period,dates back to the first Bronze Age. Çorlu is one of the colonial sites established by Thraco Phrygians in 1000 B.C.It was invaded in vaious periods of the history by Phrygians, Persians, Romans, Byzantines, Greeks, Macedonians and İskits. It was attacked, from tiem to time, by Huns,Avars,Peçeneks. It was also invaded by Arabian armies going on a campaign to İstanbul.Briefly, it was affected by every kind of invasions that happened th Thrace. In the middle ages,Çorlu was of great importance form the military point of view,because Tzirallum surrounded by city walls,which was used to protect tn Byzantium,was suited here 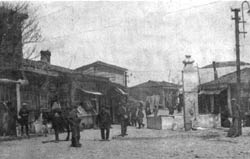 
And in the Otoman period, the important historical events happened here in the town,because it was stopping,place on the main road extending from Anatolia to Rumeli borders. Çorlu conquered by Murat I in 1357 was added to the Otoman lands. When Orhan Gazi and Süleyman Paşa died,Çorlu dominated by Byzantium came under the sovereignty of the Ottomans in 1361. On the orders of Murat I, as a warning to the other Byzantium cities in Thrace, the city walls were destroyed and Byzantines defending this town were also punished severely.So the military importance of Tzirallum ended. This severity was effective and made the conquest of Thrace easier. Father and the Son warw between Sultan Beyazıt II and his son Selim (Yavuz) happened here in the period of Empire fort he first time. They met each other in Uğraşdere near Çorlu and the Sultan’s son Selim was defeated by his father’s forces.

Vilayet of Edirne was established,Çorlu was a township of Tekirdağ,Sanjak of this vilayet.It kept its position during the reformation of the organization of Vilayets in 1870. It was conquered by Russians temporarily in 1876. 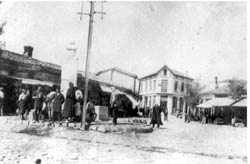 During the first stage of the Balkan Wars 1912-1913, the headquarter of te commander ship of the east Otoman army was in Çorlu. After the wars on 5-6 December 1912, it was under the rule of Bulgarians, but during the second stage of the Balkan Wars,Turkish Army advancing towards Edirne rescued Çorlu from them. During the years of releasing war,Çorlu was occupied by Greeks on 25 July 1920.

The bands founded by Thrace-Paşaeli Defense Association of Law,which were active since 1918 and organized the releasing war,kept on being active until the great victory darme forces on 15 October 1922. Çorlu has been an important military garrison since World War II.

This is a castle constructed in the Middle Ages.It was constructed by the Byzantians on way to İstanbul as a strategical castle for protection.In the time of Murat I,Otoman army destroyed the castle to destroy the Byzantian resistance. But the remnats stil remain. 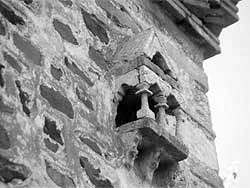 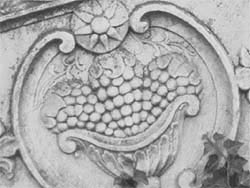 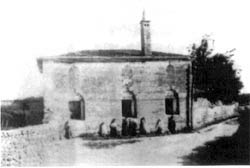 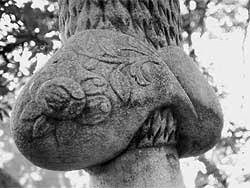